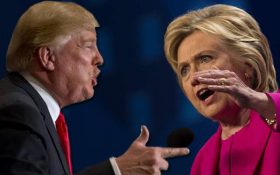 The narrative being circulated by the mainstream media about failed Democratic presidential candidate Hillary Clinton, her former campaign manager John Podesta, and the WikiLeaks connection to Russia regarding their leaked emails simply isn’t true.

The media isn’t giving us the whole truth — there’s more to the situation than the American public is aware of.

Folks, that’s not a warning from The Horn News (even though we’ve mentioned it a few times before).

That’s the message coming directly from our country’s president-elect. It’s something Donald Trump wants all Americans — no matter who they voted for — to hear straight from him.

So he’s reaching out directly to voters, alerting America that the U.S. media coverage on the Russian hacking situation is “more dishonest than anyone knows.”

In other words, it was simply Democratic National Committee’s carelessness that caused their email accounts to be compromised during the 2016 presidential campaign — and according to Trump, the media is being dishonest for not talking about that.

Julian Assange said "a 14 year old could have hacked Podesta" – why was DNC so careless? Also said Russians did not give him the info!

things they did and said (like giving the questions to the debate to H). A total double standard! Media, as usual, gave them a pass.

Trump cryptically promised Sunday that he was aware of “things that other people don’t know. And so they cannot be sure of the situation” and would reveal more later this week. Trump also raised new questions about potential bias in the U.S. intelligence community, tweeting fresh criticism Wednesday.