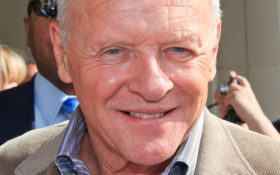 Hopkins wants liberal Hollywood actors to stay out of politics.

He also refuses to comment in public about U.S. politics and world events because the opinions of actors and actresses simply aren’t worth anything.

“People ask me questions about present situations in life, and I say, ‘I don’t know, I’m just an actor. I don’t have any opinions,'” Hopkins told fellow actor Brad Pitt in Interview Magazine.

“I don’t have any opinions,” he continued. “Actors are pretty stupid.”

“My opinion is not worth anything,” Hopkins said. “There’s no controversy for me, so don’t engage me in it, because I’m not going to participate.”

It’s a refreshing take from a Hollywood community known for outspoken liberalism, but it’s not the first time an award-winning actor has done so since the 2016 election.

Clint Eastwood refused to cooperate with an attempted Hollywood boycott of Georgia, and filmed his latest blockbuster, “Richard Jewel” in Atlanta. Hollywood stars had called for a boycott over Georgia’s “heartbeat bill” that helps stop abortions.

On July 4th of this year, Voight was caught on camera drying off seats that were to be used by veterans at the “Salute to America” ceremony in Washington, D.C.

Here’s a video of John Voight cleaning the rain off seats for Gold Star families.

This is what it’s all about! pic.twitter.com/q1iAyUnWSs