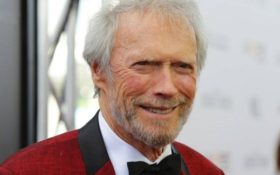 Clint Eastwood has played more than his share of outlaws, and at age 89, he’s still breaking the rules. This time he’s looking political correctness in the eye and saying, “Go ahead, make my day!”

Eastwood just dared Hollywood elites to a showdown over their boycott of the state of Georgia — and it has President Donald Trump’s supporters cheering.

The Academy Award-winning actor, director, and producer has announced he’s breaking their economic pressure campaign against the state and shooting his next movie in Atlanta.

That’s a direct challenge to the studio brass, who declared Georgia “off limits” because of its pro-life abortion policy.

But then, Clint’s never had a problem crossing The Gauntlet.

Earlier this year, the state legislature passed a “heartbeat bill,” that bans abortionists from killing babies who have a fetal heartbeat.

The state also provides huge tax cuts for moviemakers who film on location in Georgia…and La-La Land cashed in.

The governor announced at the time that the movie industry spent at least $2.7 billion in the state, and saved a bundle by not paying California’s sky-high taxes.

Everybody was happy…until Governor Brian Kemp said he would sign the heartbeat bill.

Then Hollywood decided to blackmail the governor: Veto the bill, or we’ll turn you Every Which Way But Loose.

They wrote that they like staying in Georgia. “We’ve always found your state to be populated with friendly and caring people”—they just think there should be less of them.

Unless pro-life Republican Kemp sided with the abortion lobby, “we cannot in good conscience continue to recommend our industry remain in Georgia… We will do everything in our power to move our industry to a safer state.”

The Hollywood big shots closed the letter by saying that they would “pray” Georgia would let abortion continue.

Their message was clear as crystal: Let abortion go on, or Hollywood would kill Georgia’s Million Dollar Baby.

They told the governor that they spoke for everyone in the film industry, and if Kemp signed the bill, none of them would ever set foot on Georgia’s red clay soil again.

“You have a choice, gentlemen,” they closed, in their best imitation of Dirty Harry’s threatening voice.

But Eastwood, who played the legendary tough-guy detective along with dozens of other memorable performances, wasn’t impressed.

He announced that his next movie is “The Battle of Richard Jewell,” the guard who was falsely accused of bombing the 1996 Olympics.

The games that year were held in Atlanta, and Eastwood has announced that is where he’s going to film, come what may—good, bad, or ugly.

Hollywood liberals are going crazy, but there’s nothing they do about it: You can’t intimidate Clint Eastwood.

He isn’t about to back down from a bunch of nobodies who aren’t worthy to get his coffee.

Eastwood is one of Hollywood’s few outspoken Republicans and got elected mayor of Carmel, California, back when Ronald Reagan was in the White House.

In 2012, Eastwood committed the unpardonable sin of making fun of Barack Obama.

He compared Obama to an empty chair at the Republican National Convention.

And he told his hometown paper, “President Obama is the greatest hoax ever perpetrated on the American people.”

Now, he’s crossing the Hollywood elitists’ picket line. Now, they’re afraid his announcement will have Maximum Impact, and others will follow him.

Even his new movie’s theme challenges the Fake News media, who convicted Jewell on national television before he proved his own innocence.

If they win, maybe Clint can film the sequel in the Peach State.

He might as well break their boycott. In Tinsel Town’s eyes, he’s already Unforgiven.