For sale: One domesticated, house-broken bison - The Horn News 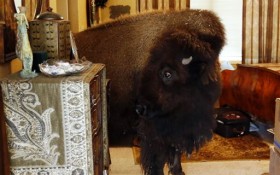 A 1,000-pound “domesticated” bison that was allowed to roam in her owner’s Dallas-area home has moved on to 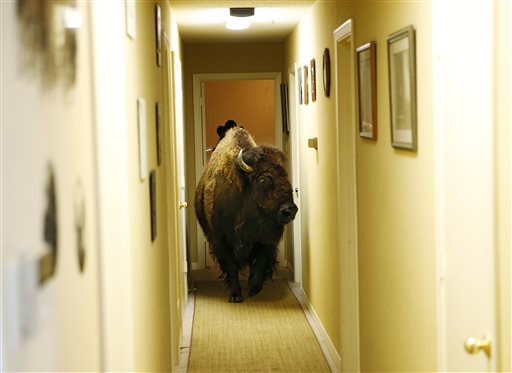 Bullet, a bison, walks through the hallway of her owner Karen Schoeve’s home.(Vernon Bryant/The Dallas Morning News via AP) MANDATORY CREDIT, NO SALES, MAGS OUT, TV OUT, INTERNET USE BY AP MEMBERS ONLY

Bullet the bison was transported Saturday from Karen Schoeve’s home in Argyle to her new home, which she will share with two cows, 15 miles away in Flower Mound.

Schoeve says she was struggling to balance work and looking after Bullet and her two paint ponies, so she sold off the horses and two months ago advertised Bullet for sale on Craigslist for $5,960. She tells The Dallas Morning News she received several offers.

Schoeve describes Bullet as house-trained, although she sometimes tracks mud inside. She says the bison is “good hardy stock, but “not scary” and that she has “a great personality.”