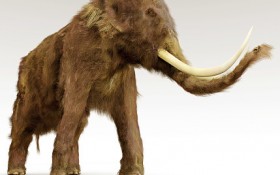 A partial skull and two tusks of a prehistoric Columbian mammoth have been found in northwest Oklahoma.

Bement says the elephant-like animal with long, curved tusks was common in the Plains region during the Pleistocene era before becoming extinct about 11,000 years ago. He says the remains of two or three mammoths are found each year in Oklahoma.

Bement says archaeologists are interested because the earliest humans in Oklahoma existed at the same time and could have hunted mammoths.

The remains were sent to Oklahoma State University for analysis by a doctoral student in geology. They will be returned to the landowner.