Warning: Islamic extremists will attack over Thanksgiving - The Horn News 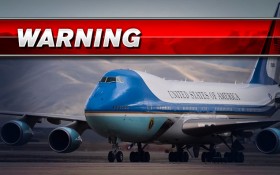 The U.S. State Department is warning Americans traveling over the Thanksgiving holiday that three of the world’s deadliest terror groups could be planning attacks.

The agency issued a formal travel warning Monday, cautioning citizens to be on high alert – especially during the holidays – following increased threats from militant groups around the world.

The new travel high alert, which is to be in effect until Feb. 24, said current information suggests that militants with ISIS, al-Qaeda, Boko Haram and other Islamic extremist groups continue to plan attacks in multiple regions.

U.S. authorities said ISIS fighters trained in Iraq and Syria have begun returning to their home countries, which is escalating the risk of attacks around the world. There is also a possibility that other individuals not affiliated with terror groups could use the busy holiday season as an opportunity to engage in violence on their own.

“U.S. citizens should exercise vigilance when in public places or using transportation,” said the alert released Monday. “Be aware of immediate surroundings and avoid large crowds or crowded places. Exercise particular caution during the holiday season and at holiday festivals or events,” it said.

The travel alert was issued the same day that Belgium’s prime minister announced that the country’s capital, Brussels, would remain at the highest alert level for at least another week. The increased security measures following the Nov. 13 attacks in Paris that killed 130 people have virtually shut down Brussels.

An alert from the American embassy in Belgium warned that an attack in the country could be “imminent.”