Utah man tries to bully cops on Facebook. Cops get the last laugh - The Horn News 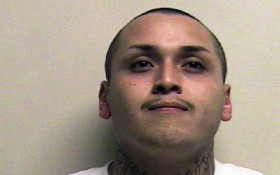 After arresting a wanted man whose Facebook page included a post taunting a Utah police department, police taunted him right back.

Orem police Lt. Craig Martinez said they were notified of the post days ago that showed a man standing in front of a patrol car. The caption used a derogatory term for police and questioned why they were in his “‘hood.”

By Tuesday, 24-year-old Richard Ramirez was arrested for the misdemeanor assault case. He couldn’t be reached for comment and it’s unclear if he has an attorney. Martinez said Ramirez was known to police and was wanted for arrest.

Police then posted a lengthy taunt back at the man, reclaiming Orem to be their “‘hood.”

Their Facebook post noted that the photo was at a 7-11 convenience store, calling it “super gangsta because nothing makes you look tougher than throwing up gangs signs while sipping on a banana and blueberry slurpee.” Police also said they arrested him with another wanted man and called it a “2fer.” The post ended with the hashtags “#sorrynotstorry” and “#thepokeyisyournewhood.”

Martinez said the police department responded publicly to the man after he publicly taunted them.

“We can do it right back,” Martinez said.

But in yet another social media twist, the police post got so much attention that the department decided to shield the post from public view because of inappropriate content, including vulgar language.

“There were racist comments, commenters fighting with each other,” Martinez said. “It was getting so ugly.”