[Urgent poll] Who won the presidential debate? - The Horn News 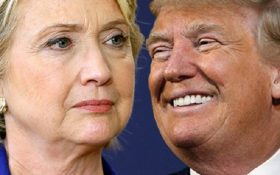 Sponsored: What you can do RIGHT NOW to help Make America Great Again

Blue lives matter in America — but Hillary Clinton and her only “Black Lives Matter” liberal friends have turned their backs, insulting the men and women in blue who put their lives on the line every day to protect and serve our communities.

That is why we must elect Donald Trump president, and why we’re supporting Great America PAC.

He’s the only candidate for President who understands the only way we can make America safe again is a recommitment to a system of justice in which no government official, no private citizen, and no elected official (ESPECIALLY Hillary Clinton) can be above the law.