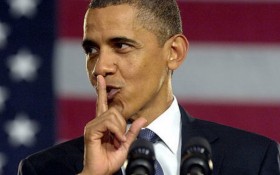 The House moved forward on legislation that would make it easier to obtain government records, as a new congressional report concluded that the freedom of information process under the Obama administration is broken and in need of serious change.

The bill, expected to win bipartisan approval Monday evening, would require government agencies to make information available to the public online. It also would require agencies to adopt a presumption in favor of disclosing records rather than keeping them secret.

The vote comes as the House Oversight and Government Reform Committee released a report that found that the freedom of information process, enacted 50 years ago, is plagued by a number of problems, including a lack of communication from federal agencies, unreasonable redactions and abusive fees.

Backlogs of Freedom of Information requests have more than doubled since President Barack Obama took office in 2009, the report said, and agencies are sitting on thousands of unfulfilled document requests.

“When President Obama took office he promised an ‘unprecedented level of openness in government.’ This report demonstrates that is not the case,” said Rep. Jason Chaffetz, R-Utah, chairman of the House Oversight panel.

Instead of the promised openness and transparency, “this administration is playing a game of hide the document from the American people,” Chaffetz said.

The oversight report said the State Department was arguably the worst agency with respect to FOIA compliance and said the agency has numerous open requests that are nearly a decade old.

A report by an internal watchdog last week also faulted the State Department, saying the agency produced “inaccurate and incomplete” responses to public records requests while Democratic presidential hopeful Hillary Clinton led the department from 2009 to 2013.

The report cited ongoing staff shortages amid records requests that have taken more than 16 months to process, stretching back to requests during former President George W. Bush’s administration.

The bill moving forward in the House would change the presumption that government information is secret to a presumption of openness and modernize the system for processing requests so that agencies provide records online in a publicly accessible format.

Rep. Darrell Issa, R-Calif., one of the bill’s co-sponsors, called it a common-sense reform that “gives citizen watchdogs and journalists easier access to information to hold the government accountable.”

Rep. Elijah Cummings of Maryland, the top Democrat on the oversight panel, said the bill would bring “greater sunlight to federal agency actions,” adding that agencies “should have to justify their actions when they want to withhold information from the American people.”

The vote comes a year after Congress failed to update the Freedom of Information Act despite bipartisan support in the House and Senate.

Advocates for open government praised the House bill and said they prefer House language to a similar measure being considered in the Senate. The Senate Judiciary Committee has approved a bill sponsored by Sens. Patrick Leahy, D-Vt., and John Cornyn, R-Texas, that includes a “presumption of openness” for government records. The bill also seeks to reduce the overuse of exemptions to withhold information from the public.