TSA bans new item on US flights - The Horn News 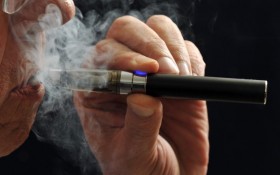 The Department of Transportation says it has issued final regulations prohibiting the use of electronic cigarettes on any domestic or foreign airline flying to, from or within the United States.

Transportation Secretary Anthony Foxx says the rule will protect passengers from unwanted exposure to aerosol fumes in the confines of an aircraft cabin.

The department has long prohibited the smoking of cigarettes and other tobacco products on planes, and has interpreted that ban to include e-cigarettes. The regulations issued Wednesday are designed to eliminate any confusion over whether the previously existing ban actually included e-cigarettes.

Passengers are allowed to carry e-cigarettes with them onto planes. They are prohibited from packing them in their checked luggage under a regulation adopted last year after instances in which suitcases caught fire.