Trump's war with Fox – What REALLY happened - The Horn News 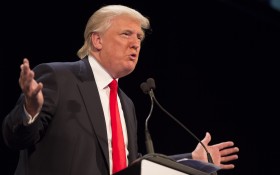 The war between presidential candidate Donald Trump and Fox News didn’t start with Bill O’Reilly. It didn’t even start with the first debate, where Trump complained he’d been treated unfairly. It has been brewing for months.

It all comes from Trump’s long feud with media tycoon Rupert Murdoch, who owns both Fox News and the Wall Street Journal.

Mexican immigrants, as with all immigrants, have much lower crime rates than native born. Eg El Paso safest city in U.S. Trump wrong.

A week later, Murdoch called Trump an embarrassment to the country:

A day later, the Murdoch-owned newspaper The Wall Street Journal published a scathing editorial heavily criticizing the presidential candidate, called “Trump and his Apologists”. The editorial claimed Trump supporters were “divorced from reality” and “If Donald Trump becomes the voice of conservatives, conservatism will implode along with him.”

Trump has since been wary of dealing with Murdoch’s media empire. It appears Trump demanded in advance to either submit his own questions that Fox journalist Bill O’Reilly would ask, or at least review and approve the questions.

O’Reilly refused, so, according to the Associated Press, Trump announced he’d had enough with Fox News. He cancelled the interview with the network, and tweeted out Wednesday that he’s boycotting them. And Trump says he’s done appearing on Fox News shows for the “foreseeable future” because he doesn’t like the network’s coverage of his presidential campaign.

The billionaire businessman and leading Republican candidate tweets that Fox News has been treating him “very unfairly” and that he’s going to stop appearing on its shows.

Not to be outdone, Fox News came out and lambasted Trump’s response, saying his behavior towards them has “grown stale and tiresome.”