Trump declares war on the GOP over illegals - The Horn News 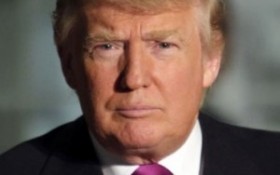 At the American Airlines Center Monday in Dallas, Trump loudly renewed his campaign against illegal immigration, telling a cheering crowd of thousands that “it’s disgusting what’s happening to our country.”

The timing seemed to be aimed right at Republican National Committee officials – Trump’s speech comes the day before the Republican party is launching a new wave of outreach to Latinos to mark Tuesday’s onset of Hispanic Heritage Month.

Perhaps Trump feels he’s not getting a fair shake from the GOP he was promised? He told the crowd that the United States is “a dumping ground for the rest of the world.” And he promised Republican leaders he’s just getting started.

The GOP front-runner decried “anchor babies” and gang members among the immigrants living in the U.S. illegally, drawing huge ovations from a rowdy audience. The 20,000-capacity venue was at least three-quarters full for the evening rally.

RNC deputy political director Jennifer Sevilla Korn said many of Trump’s statements and his deteriorating standing among Latinos — an NBC/Marist poll on Monday found only 22 percent would vote for Trump against Hillary Clinton — have “not impeded our ability to go out and have conversations with the community about the issues.”

Previously, RNC Chairman Reince Priebus has encouraged Trump to soften his tone, yet the former reality television star has refused.

Angry rhetoric on immigration has defined Trump’s presidential campaign from the very beginning, when the billionaire businessman called Mexican immigrants rapists and criminals in his June announcement speech.