Trump 101: College class devoted to The Donald - The Horn News 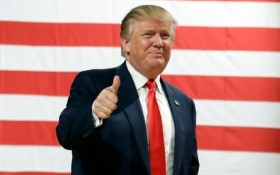 Starting next week, professor Robert Smith is teaching a college class devoted almost entirely to the candidacy of Donald Trump.

Students at Savannah State University will earn three credit hours for taking “The Trump Factor in American Politics.” Smith says they will study Trump’s biography, read excerpts from the billionaire’s best-seller “The Art of the Deal” and examine how Trump became the presumed Republican presidential nominee with no political experience.

Smith says students have repeatedly discussed Trump in his American government classes during discussions ranging from minority rights to the electoral college.

Smith said he hopes students will take an objective look at Trump, whether they “love him or hate him.”