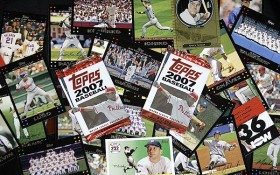 From a crumpled paper bag in a dilapidated house came a baseball-card find of a lifetime. Seven of them actually.

Card experts in Southern California said Wednesday that they have verified the legitimacy — and seven-figure total value — of seven identical Ty Cobb cards from the printing period of 1909 to 1911. Before the recent find, there were only about 15 known to still exist. 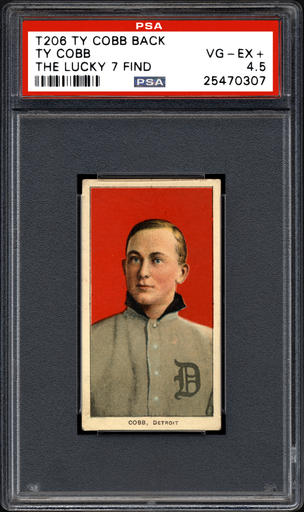 Joe Orlando, the president of Professional Sports Authenticator in Newport Beach, California, who verified the find, said it is “spectacular” and “miraculous” to have come across such a cache.

“I am not sure if any other baseball card find is more remarkable than this new discovery,” Orlando said in a statement.

The family who discovered the cards in a neglected paper bag at the run-down house of a deceased great-grandfather has asked to remain anonymous.

Publicist Donn Pearlman, who helped announce the finding, said only that they are from a southern state and that the cards were first taken to a dealer in Myrtle Beach, South Carolina

That dealer, Rick Snyder of MINT State Inc., said his initial reaction after getting a voicemail from the family was “absolute skepticism.”

“I doubted they were authentic because finding seven of these cards at one place at one time seemed almost impossible,” Snyder said. But after examining photos and then finally seeing the cards themselves a week later, he became convinced.

Orlando said he was also dubious at first. But after his office and an outside expert examined the cards, he became a believer. 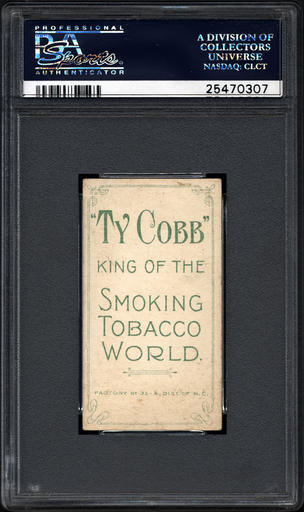 The cards with the famed Detroit Tigers slugger come from a lot known as T206, the group most prized by collectors that also includes the Honus Wagner card, arguably the most famous sports card ever.

They say on the back “TY COBB — KING OF THE SMOKING TOBACCO WORLD” in green ink.

The cards’ value is sure to shift now that there are so many more in existence, and an exact figure is difficult to pin down. But Orlando said the total worth of the whole cache should exceed $1 million. It’s not yet clear what the family who found them intends to do with them.

“This is one of the greatest discoveries in the history of our hobby,” Orlando said.