This restaurant lawsuit is bananas! - The Horn News 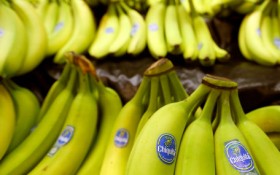 The owners of a Massachusetts restaurant are suing the Chiquita banana company, alleging a truck carrying bananas caused a fire that destroyed their business.

David Salvatore, who represents the owners of the Old Grist Mill Tavern in Seekonk, tells The Sun Chronicle that a truck carrying bananas rolled over in June 2012, and ruptured a natural gas line that sparked the blaze.

He says there’s a pattern of improperly loaded banana trucks being involved in accidents.

The suit names as defendants Chiquita Fresh North America, based in Ft. Lauderdale, Florida, Columbia Gas of Massachusetts, the owner and driver of the truck, and a freight company.

Chiquita denies negligence in its response to the suit. Columbia Gas said it could not comment on pending litigation.