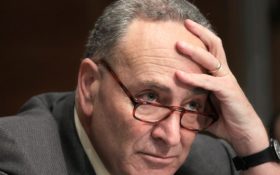 It’s the picture that Senate Minority Leader Chuck Schumer and the rest of the Democratic Party don’t want getting out.

After all, Schumer’s job depends on Americans voting for his party’s candidates this November. If Schumer, Nancy Pelosi, and the rest of the party leadership lose another election, they’re likely out of a job.

But rather than advance their own party’s merits, Democratic leaders like Schumer have gone “all-in” to convince voters that President Donald Trump is either a racist, homophobic, a bigot, a misogynist pig… or all of the above.

However, this single picture from Monday, featured below, throws all that nonsense straight into the garbage.

If independent voters see the true face of the Democratic Party, perhaps they’ll see why Trump and conservatives are brave enough to fight against the mainstream media and the nasty liberal mobs. The image shows they’re fighting for everything that’s good in America.

The picture shows conservative activist Candace Owens — a bright young woman that happens to be African-American — being chased out of a diner by an angry mob of white Democrats yelling that she isn’t welcome.

Hmm, that sounds familiar doesn’t it?

The picture is placed side-by-side with the famous photo of Elizabeth Eckford walking into the first day of school at Central High School in Little Rock, Arkansas in 1957. Eckford was also being harassed by an angry mob of white Democrats, telling her that she wasn’t welcome.

The school in Arkansas had just integrated races after the famous Brown vs. Board of Education Supreme Court decision that spring. Like Ownes, it was something that made Democrats furious. 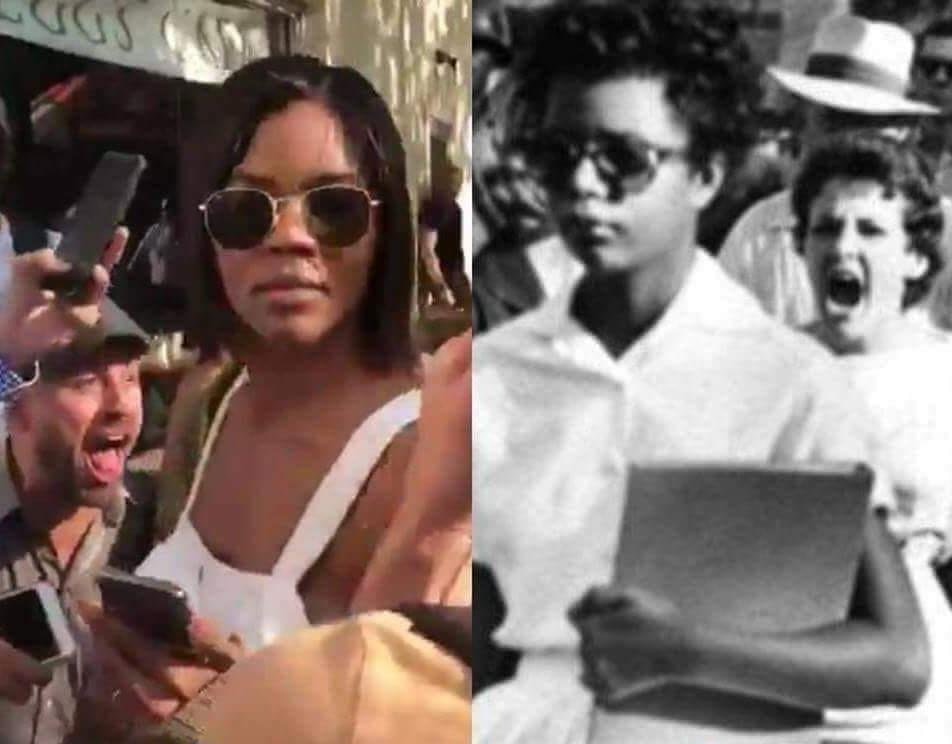 This picture shows the future that the Democratic Party wants for America. A country divided and full of hate.

Democrats have always demanded voters think and act the way they’re ordered. In the past, they enforced this with mobs wearing white hoods. Now their mobs wear black masks.

But the hate has never changed. Just look at another set of similar photos: One from a civil rights protest from UC Berkeley in 1964; the other is an anti-Trump protest in 2017.

Take a good darn look at these two photos. pic.twitter.com/jnIrCs29Mj

These pictures show what patriotic Americans are up against. It shows that Democrats are scared, because they know they can be defeated.

It starts in November.