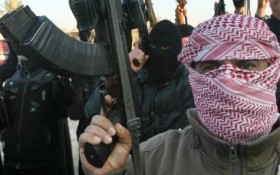 Even after the terrorist group ISIS claimed it has infiltrated the flood of Syrian and other Middle Eastern refugees with “thousands” of operatives, the Obama Administration has vowed to accept as many as 10,000 migrants in the next year.

Obama and his supporters say the national security risk is overblown. But the inconvenient truth they’re hiding is that America has done a terrible job of screening refugees in the past.

And our refugee program, which is already absorbing as many as 70,000 people a year, has been used over the past several years as a breeding ground for terror.

Here are some of the most famous examples:

The list goes on. Considering the poor track record the Justice Department has had at keeping terrorists out of the asylum process, it may be time for America to dial down its efforts until the problem is fixed.

ISIS operatives are claiming more than 4,000 extremists have already been smuggled into Europe and are lying in wait. Even top American intelligence services are loudly warning that ISIS may use the migrant crisis to get a toe-hold in America.

Now some liberals are pushing Obama to expand the number of migrants America will accept from 10,000 to 65,000. It’s a plan that ignores history — and may doom us to repeat it.