Teen charged after posing as a senator!? - The Horn News 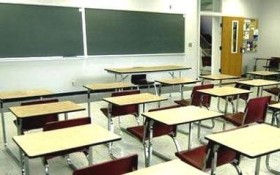 A teenager who toured an Ohio high school while posing as a state senator has pleaded guilty to impersonating a peace officer.

Burke calls what Akins did an extremely elaborate scheme. The impersonating a peace officer charge includes anyone who poses as a state employee.

His attorney said Monday that Akins is sorry for the negative attention he brought to the school, but he’s glad it pushed schools to improve their security procedures.