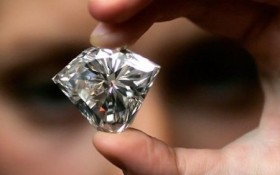 A Massachusetts woman says she was ecstatic when waste workers helped her find diamond jewelry that she accidentally threw away.

Cecelia Callahan tells The Patriot Ledger on Wednesday that she was cleaning her 3.1-carat engagement ring, a 1.75-carat diamond pendant and her grandmother’s diamond ring in preparation for a wedding anniversary dinner last week. She says she wrapped them in paper towels and left them on a countertop.

She tossed the towels when she heard the trash truck coming. The 51-year-old Norwell woman says she was “heartbroken” when she discovered her mistake.

A transportation supervisor at a transfer station made arrangements for the truck to drop the trash off at the Braintree station. Callahan, her husband and a loader operator searched the garbage until they found the jewelry.