Did you know? Movie bias against seniors revealed - The Horn News 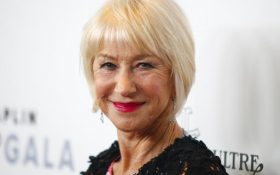 Older people are significantly underrepresented in movies and often are the butt of ageist jokes, an analysis of top films has found.

The study, being released Tuesday by the Media, Diversity and Social Change Initiative at the University of Southern California’s Annenberg School for Communication and Journalism, found just 11 percent of some 4,066 speaking characters in the 100 top U.S. films of 2015 were 60 or older. Only 10 roles considered leads or co-leads were held by actors 60 or older at the time of the film’s release, the study found.

“We see not just a skewing but an erasure of these really vibrant communities in the United States,” said Stacy Smith, the USC professor who led the research.

The dichotomy was starkest for women: Only 27 percent of older characters in the films were female. Among lead roles, only three of 10 with older actors were women (Meryl Streep, Helen Mirren and Lin Shaye). This is despite the fact that women outlive men and constitute a larger segment of U.S. seniors. The Census Bureau estimates 18.5 percent of the U.S. population is 60 or older.

“Seniors on screen are an endangered species in cinematic storytelling,” the authors wrote in the report, which was to be formally released at an aging forum in New York.

More than half of films with a leading or supporting senior character included dialogue the researchers deemed ageist, everything from, “That senior bus was running late, huh?” to, “You are nothing but a relic from a deleted timeline.” Meantime, only about 29 percent of leading or supporting senior characters were shown engaging with computers, cellphones or other types of technology.

Smith said ageism seemed to be given a pass in pop culture: “This is an area that people don’t seem to be as concerned,” she said.

Though Hollywood’s depictions of older adults often amounted to stereotypical caricatures of oddballs or cranks, they also were often portrayed as healthy and professionally active. About 62 percent of older characters were depicted with a job and only about one in 10 were shows with health-related problems. Few were shown using canes, wheelchairs or other mobility aids; and even fewer showed signs of cognitive impairment.

Among older characters who died within their films, some 79 percent were victims of violence, a far cry from the reality of heart and respiratory disease and other common causes of death for older Americans.