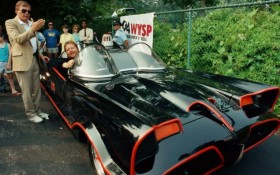 The Supreme Court is staying out of a copyright dispute involving a California man who produced replicas of the Batmobile for car-collecting fans of the caped crusader.

The justices on Monday let stand a lower court ruling that said the Batmobile’s bat-like appearance and high-tech gadgets make it a character that can’t be duplicated without permission from DC Comics, the copyright holder.

Mark Towle produced replicas of the car as it appeared in the 1966 television show featuring Adam West as Batman and the 1989 movie starring Michael Keaton. He sold them for about $90,000 each.

The 9th U.S. Circuit Court of Appeals last year sided with DC Comics in finding that the Batmobile is entitled to copyright protection.