Spanish woman fakes being a doctor, tries to steal 3 babies - The Horn News 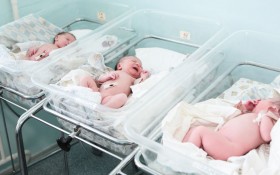 Police say a Spanish woman accused of trying to steal three babies from two hospitals has been detained and is scheduled to appear before a judge.

A national police official says the woman was set Wednesday to appear in court in southern Valencia after her detention Sunday at a city hospital.

A police statement says the 21-year-old suspect was wearing a white lab coat when she entered a hospital room and told the father of a newborn that the baby needed a test.

The father gave the child to the suspect but got suspicious and took the baby back after she couldn’t explain the test.

The statement says the woman is accused of similar attempts at another hospital.

The official spoke on condition of anonymity because of police rules.