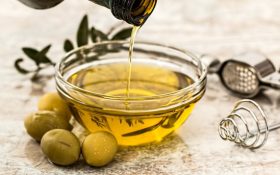 A man who got stuck head-first between two rocks on a Rhode Island jetty while trying to retrieve his cellphone has been rescued with the help of olive oil.

WJAR-TV reports it happened Saturday afternoon near a fishing area in Point Judith.

Authorities say the man dropped his phone and got stuck up to his chest when he bent down to retrieve it.

Narragansett firefighters and environmental police spent most of the afternoon trying to free him before the tide came in. After about 2 ½ hours, they were able to remove him with the help of olive oil.

The man went to a hospital to be treated for hypothermia and a small injury to his foot.