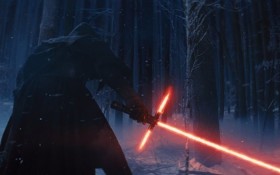 A New York college that went on lockdown over a report of a gun on campus says the weapon turned out to be a light saber.

Students and staff members at Farmingdale State College on Long Island were told to shelter in place Wednesday while police investigated a report that someone was assembling a rifle in a school parking lot.

Farmingdale State is part of the State University of New York system. It has about 8,700 students.