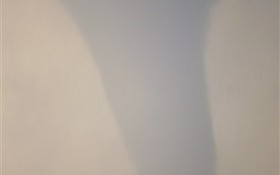 Researchers say they’ve come up with a way to predict the likelihood of tornadoes two or three weeks in advance — a step toward better warnings of storms that kill an average of 80 Americans each year.

Victor Gensini, a meteorology professor at the College of DuPage outside Chicago, found a link between tornado activity in the United States and complicated atmospheric wave patterns that shift every 40 to 60 days. The pattern is dependable enough that last year he used it to predict overall tornado activity in the nation — and was right 10 out of 15 times.

Now, Gensini has predicted higher than normal tornado activity from Sunday through March 19. Normally, there are about 14 or 15 tornadoes a week this time of year, but the forecasters predict at least 22, and likely more.

Technically the prediction is for the nation as a whole, but Gensini said conditions are especially ripe for tornadoes in the Southeast and Great Plains. Specifically, he said, that means Louisiana, Texas, Oklahoma, Arkansas, Missouri, Kentucky, southern Illinois, Alabama, Mississippi, Georgia, Florida, North and South Carolina and parts of Virginia.

Gensini said he predicted these conditions back on Feb. 22. And in the past few days, the more widely used weather models have suddenly started to forecast severe weather for that area.

Because twisters are so small and short-lived — unlike hurricanes that meteorologists track for days as they lumber toward the coast — they are somewhat of a mystery for forecasters. Meteorologists now give notice up to five days in advance that thunderstorm conditions are going to be ripe for tornadoes, but that’s only as they forecast storm systems come together. It’s ever changing, so it can’t be statistical enough to provide the public with a longer term heads’ up, like they get with El Nino or hurricane seasons.

Gensini’s study is based on something called the Global Wind Oscillation — actually, a collection of climate and weather wobbles, like the familiar El Nino and the less familiar and more short-range Madden Julian Oscillation. It’s more of a catch-all index that operates as “an atmospheric orchestra,” Gensini said.

Gensini looks for shifts in that big index, especially as Earth transitions out of an El Nino, like now. He focuses on the jet stream — winds at 33,000 feet — changes. In this case it’s going from rather straight east-west to more roller coaster-like plunges north and south, altering energy in the atmosphere and making tornado outbreaks more prevalent, Gensini said.

He has examined the biggest tornado outbreaks of past 50 years, including a deadly outbreak in April 2011 that killed 316 people. Each occurred during a transitional phase similar to the one we are about to experience.

Another weather service meteorologist and storm chaser, Barbara Mayes Boustead, said the physics behind Gensini’s study makes sense and praised it for going further in explaining the “how” and “why” the Global Wind Oscillation works. Several other meteorologists said the study published in the American Meteorological Society’s journal Monthly Weather review was intriguing.

Boustead said these types of long-range outlooks are good for the awareness of public and emergency managers, but cautioned forecasts are far from perfect.