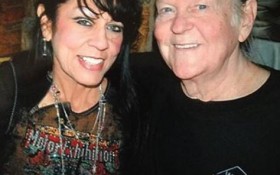 Los Angeles authorities say the wife of former Eagles band member Randy Meisner was killed when a rifle she was handling accidentally discharged and shot her in the head.

Investigators say Lana Rae Meisner lifted the rifle from a storage case when another item inside shifted and hit the trigger, causing the gun to fire.

Police say Randy Meisner was cooperative throughout the investigation. Officials say police had responded to the home earlier Sunday and took a domestic violence incident report.

Randy Meisner co-founded the Eagles and co-wrote and sang the hit “Take It To the Limit.” He played bass and guitar and left the band in 1977.