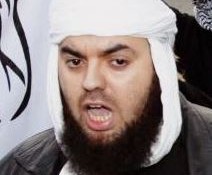 While the United States, Russia, France and several other countries work to contain the threat posed by Al-Qaeda and ISIS, it looks like the terror groups may be doing the world a favor.

They’re killing each other off.

Al-Qaeda has confirmed that one of its suicide bombers successfully assassinated six ISIS commanders in Syria, including a key leader in the region — Muhammad al-Baridi, nicknamed “The Uncle.”

According to the Israeli daily paper Yediot Aharonot, the recent attack was a major strategic win for Al-Qaeda. According to writer Alex Fishman, “The Islamic State, that controls the closest area to the Israel border in the Syrian Golan Heights, suffered a severe blow and lost its entire top command in the area in one fell swoop.”

Competing for targets, media attention, and resources, ISIS and Al-Qaeda had both previously declared jihad on one other. Now the two sides have ramped up their competition and their violence.

Al-Qaeda gloated on social media following the suicide bombing, which took place earlier in the month, and called for the estimated 2,000 ISIS fighters under “The Uncle’s” command to surrender immediately.

The ISIS group Yarmouk Martyrs Brigade, which “The Uncle” led, quickly responded, “The martyrdom of the leaders will only make us more determined. Blood and sacrifice is welcome for God’s sake.”