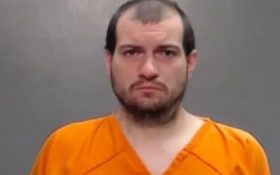 A grand jury will consider the case of a U.S. Marine Corps veteran charged with murder in the fatal shooting of a woman following a traffic accident near Cleveland.

Twenty-nine-year-old Matthew Desha (DESH’-uh) is being held on $1 million bond as his case moves to county court.

Police say Desha repeatedly shot 53-year-old Deborah Pearl, of Twinsburg, with an AR-15 rifle after running a red light and hitting Pearl’s car on Aug. 27 in Solon. Police say there’s no indication the two knew each other.

Records show Desha served two tours in Iraq and received treatment for post-traumatic stress disorder. Police were asked to check on him a few years ago after he stopped attending PTSD group therapy sessions.