Prisoner killed his ex-wife and buried her body… under his cell! - The Horn News 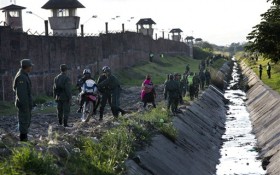 Officials say an inmate apparently killed his ex-wife and buried her beneath his cell in Bolivia’s largest prison — with nobody taking notice for nearly a year.

Padilla says all evidence points to the body being that of Hidalgo, though it hasn’t been formally confirmed.

Ramirez is imprisoned for killing another former girlfriend. His ex-wife apparently visited to discuss the sale of a jointly owned apartment.

Padilla says investigators are probing the responsibility of personnel at the Palmasola prison, which Pope Francis visited last year.