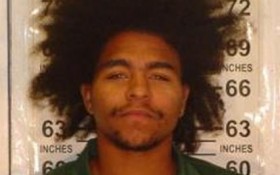 The victim washed ashore in Brooklyn, his body wrapped in plastic garbage bags, his head and hands covered in duct tape and his feet submerged in concrete — fitted with a pair of fabled “cement shoes.”

Authorities on Thursday searched for suspects in the death of Peter Martinez, who was identified through his tattoos and a fingerprint. Officials say he might have been asphyxiated, but further study is needed to determine a cause of death and how long he was in the water.

Meanwhile, his feet were set in a plastic bucket filled with concrete that weighed more than 50 pounds, according to police records. The theatrical method of weighing down a body has been chronicled in books like E. L. Doctorow’s “Billy Bathgate” and in crime novels as a threat by mobsters bent on torturing their victims as they stood, alive, while the heavy substance dried. People call them cement shoes, though they’re technically concrete, which is cement powder mixed with water and sand or gravel.

But it’s not clear that was ever how it was actually done, and until now, there hadn’t been any recent examples of the gruesome technique employed.

In 1964, the body of hit man Ernest Rupolo was fished out of Jamaica Bay, with two concrete blocks tied to his legs. And in 1941, the body of Philadelphia racketeer Johnnie Goodman was found by a crab fisherman in a New Jersey creek, weighed down with a 40-pound block of concrete.

“There’s a lot of urban legend to this — cement shoes, concrete shoes, concrete gloves, whatever you want to call it — but it all has some sort of truth to it,” said Reppetto, author of “American Mafia: A History of Its Rise to Power.” ”It started somewhere real and took off.”

Martinez’s killer didn’t let the material dry fully — it was filled with air bubbles, likely explaining why the body wound up on the rocky shore near Kingsborough College on Tuesday, investigators said. The corpse was discovered by a student who had been walking along the water.

Martinez, 28, had at least 30 prior arrests, for crimes like gun possession and drugs, and was a member of the G-Stone Crips, a local street crew, police said. A missing-person’s case was opened Feb. 7, and his live-in, pregnant girlfriend said she didn’t discuss “business” with him but suspected when the body turned up that it was him.