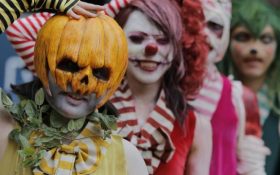 More than 3,000 people have signed a petition asking Knott’s Berry Farm to reopen a Halloween horror attraction that was closed after mental health advocates said it was insensitive to the mentally ill.

The virtual reality attraction was shut down this week at Knott’s in Buena Park, California’s Great America in Santa Clara and Canada’s Wonderland near Toronto.

The attraction initially was called FearVR: 5150 — the number of a California state code involving the committal of those with dangerous psychiatric problems. The story line is about a demonically possessed hospital patient.

The petition says the story involves possession — not mental illness — and argues that the critics hadn’t experienced the attraction.