Orphaned elk cuddles up to firefighters (pics) - The Horn News 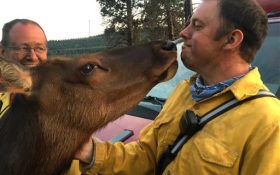 An affectionate elk paid some Washington state firefighters a visit over the holiday weekend as they worked to tame a wildfire.

The orphaned elk, dubbed Buttons by the locals, is a fixture in Kittitas County, where she took up residence with some cows and goats on a hillside.

Kittitas County Fire District spokeswoman Richelle Risdon says she arrived at the scene on Saturday to see the elk nuzzling up to everyone in the command post area and resting her head on people’s shoulders.

Risdon snapped photos of the animal getting up close and personal with the crew and posted them on the fire district’s Facebook page.

She says she hopes with all the attention the photos are getting online, hunters will know to steer clear of Buttons. 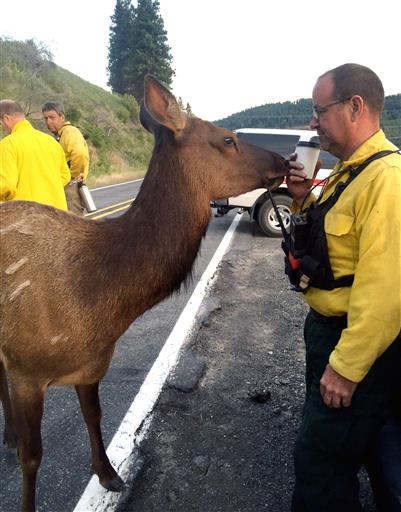 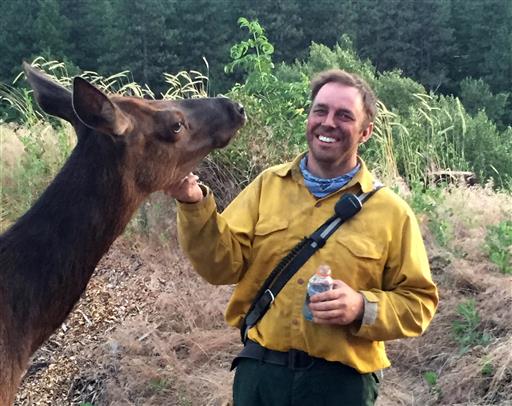 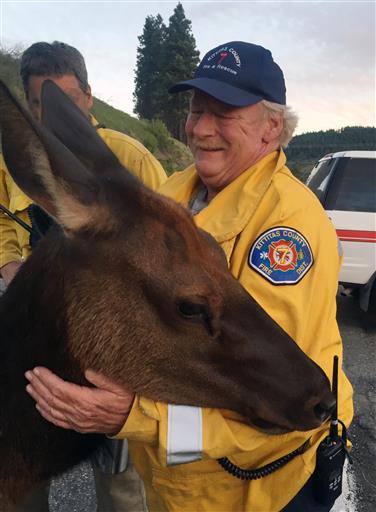