Are schools safer? Officials say they have proof… - The Horn News 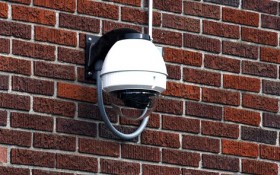 The latest government snapshot of school crime paints a picture of safer schools with declines in violent crime, bullying and harassment because of sexual orientation.

Still, about 3 percent of students ages 12 to 18 said they were victims of crimes at school in 2014. About 1.3 million students were suspended for at least one full school day for alcohol violations, violence or weapons possession.

Middle school students were more likely to be bullied than high school or elementary school students, said the report, released Wednesday by the National Center for Education Statistics and the Justice Department.

On college campuses, the number of sexual attacks more than doubled from 2001 to 2013. “There’s really no way to say whether those increases reflect an increase in actual forcible sex crimes or just that more people are coming forward and reporting them,” said Lauren Musu-Gillette, an author of the report.

“Bullying is down, crime is down, but it’s not enough,” she said. Even before the report was issued, Ken Trump of the National School Safety and Security Services cautioned about reading too much into federal statistics on school crime.

“Federal and state stats underestimate the extent of school crime, public perception tends to overstate it and reality is somewhere in between,” he said in a presentation to the Education Writers Association national conference in Boston.

He said in an interview that there is no mandated crime reporting for elementary, middle or high schools.

However, NCES’ Musu-Gillette said the report was a nationally representative sample of school crime, taken in large part from surveys of students.

The report indicated that schools are taking steps to reduce crime.

About 75 percent used security cameras during the 2013-2014 school year and more than 9 in 10 controlled access to their buildings. Schools also required students to wear IDs and mandated dress codes to try to make campuses safe.

“Our nation’s schools should be safe havens for teaching and learning, free of crime and violence,” the report said. “Any instance of crime or violence at school not only affects the individuals involved, but also may disrupt the educational process and affect bystanders, the school itself, and the surrounding community.”

Trump called security cameras a quick fix that leads to a “false sense of security,” and said there has to be a balance between the hardware and the human element of school safety. That includes having counselors and psychologists on hand and training staff to deal with bullying, verbal abuse and other threats.

He said too much focus is on the rare possibility of a shooting, rather than incidents that may occur daily. He asked, for example, whether schools know how to deal with a non-custodial parent trying to pick up a child.

“School administrators are a lot more pro-active about security than they were a decade ago,” he said. He said social media and an overall awareness have made it “harder to hide things that occur in schools.”

The federal Clery Act requires colleges and universities to report and distribute data on campus crimes.

The report said the number of criminal incidents on college campuses declined 8 percent in 2013 from the previous year. The most common type of crime was burglary. There were 23 murders on campus that year.

The New Jersey Institute of Technology reported Monday that a student was fatally shot during a burglary at a fraternity house. And at the University of Arizona last week a man was shot near a campus building.

In recent years, sexual assaults and the response by colleges and universities have become a focal point of discussions about campus crime.

In a speech last month at the University of Pittsburgh, Vice President Joe Biden urged students to “change the culture” to combat sexual assault.

The Obama administration has an ongoing initiative aimed at reducing the incidence of sexual assault on college campuses.

“This is a character test; you have to pass it and our nation has to pass it,” Biden said.