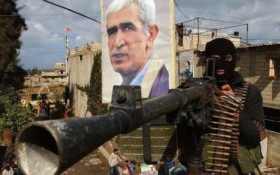 Obama has overstepped his bounds and directly intervened with the US court system, prioritizing the interests of a Palestinian terror organizations over that of American citizens. He is afraid punishing this Islamic terror organization could hurt his foreign policy.

Obama’s heavy handedness comes in a case in New York City, where a jury this year awarded $218.5 million to survivors and victims’ relatives in a case brought against the Palestine Liberation Organization (PLO) and the Palestinian Authority (PA). That amount is automatically tripled under the Anti-Terrorism Act, lawyers have said.

In intervening, the Obama administration advised a judge that requiring a bond payment in the case could financially destabilize the Palestinian government, which the administration doesn’t want.

The Justice Department filed a formal “statement of interest” in the case at the behest of the State Department, federal officials have said.

The plaintiffs, the families of the terror victims, have requested that the Palestinian government deposit $30 million per month while the case is on appeal. They say the Palestinian Authority has the money to make those payments.

“We are gratified that the Department of Justice supports the rights of survivors of international terrorism to enforce their rights and collect the judgment but disappointed that the State Department failed to take any stand against the PLO and PA’s policy of putting convicted terrorists on their payroll as soon as they are jailed,” Kent Yalowitz, a lawyer for the plaintiffs, said in a statement. “If the PA has enough money to pay convicted terrorists, it has enough to pay the judgment in this case.”

The case was brought by American families and concerns a series of bombings and shootings between 2002 and 2004. Jurors heard dramatic testimony from relatives of people killed and survivors who never fully recovered.

The plaintiffs also relied on internal records showing that the Palestinian Authority continued to pay the salaries of employees who were put behind bars in terrorism cases and paid benefits to families of suicide bombers and gunmen who died in the attacks.