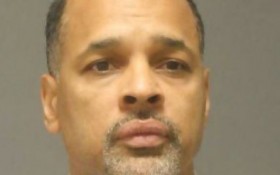 Prosecutors say a man nicknamed the Ninja Burglar has confessed to committing more than 100 burglaries in a New York City borough in the last decade.

Robert Costanzo pleaded not guilty Wednesday to three counts of felony burglary. But Staten Island District Attorney Michael McMahon says Costanzo will be back in court Thursday and is prepared to plead guilty. The district attorney says the statute of limitations expired on the other burglaries.

Prosecutors say Costanzo mainly broke into occupied homes. They say Costanzo wore all black clothing, covered his face and often used a ladder to climb through a second- or third-floor window or terrace.

Costanzo’s attorney hasn’t responded to a request for comment.