Czech Republic has a new name - The Horn News 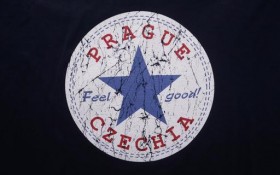 Czechia will soon be synonymous with the Czech Republic.

Unlike most European countries, the Czech Republic has lacked a one-word version of its name in foreign languages. Now, the country is set to use the name Czechia in English, Tschechien in German or Tchequie in French,” translations of “Cesko” in Czech.

The Foreign Ministry said a one-word name is more practical and flexible for various uses.

Neighboring Slovakia is officially the Slovak Republic. Similarly, Russia is used for the Russian Federation.

Czech leaders, including President Milos Zeman, Prime Minister Bohuslav Sobotka, speakers of both chambers of Parliament and the foreign and defense ministers met Thursday and endorsed the new name.

In a statement, they said “it is recommended to use a one-word name in foreign languages if it is not necessary to use the formal name of the country.”

They mentioned sports events and marketing as an example.

To make it official, the Foreign Ministry will ask the United Nations to include the option in its databases.

Not everyone is happy with the name choice. Some critics say it could be confused with the Russian republic of Chechnya. Others say it doesn’t properly represent two parts of the country historically known as Moravia and Silesia, only the Czech part, known as Bohemia.