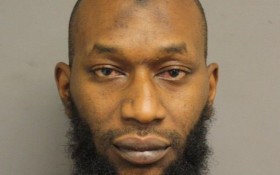 The alleged perpetrator of a recent Texas mosque fire that was feared to be a hate crime has been arrested — and he’s a fellow Muslim.
The man charged with arson in the Christmas Day fire at the Houston mosque told an investigator he worshipped there, authorities said Wednesday.

Gary Nathaniel Moore, 37, of Houston, was arrested Wednesday morning, U.S. Bureau of Alcohol, Tobacco, Firearms and Explosives Special Agent Nicole Strong said. She added that officials don’t know a motive but added there’s no evidence that it was a hate crime.

The fire caused major damage to the building. A court document says that the investigation into the fire found five different points of origin, and a container of charcoal lighter.

Moore was being held without bond Wednesday. Court records didn’t list an attorney for him.

Firefighters responded to the fire at 2:47 p.m. Dec. 25, and Moore was interviewed at the scene.

According to the court document, he said he’d been a member of the mosque for about five years and came there to pray five times a day.

Moore told the fire investigator that he believed he was the last person to leave the mosque at about 2 p.m. and didn’t smell or see smoke. He said another mosque member later called to tell him about the fire and he returned.

The court document states that Moore was identified from surveillance video quickly walking away from the mosque at about 2:39 p.m. and that smoke could be seen coming from the mosque about three minutes later.