Mark Cuban: Trump critics are all wrong - The Horn News 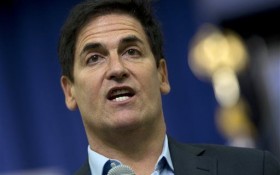 “People talk about Donald being sexist. There’s nothing he’s said about a woman that he hasn’t said to me. You know, he’s called me ‘ugly,’ he’s called me ‘short off the tee,’ he’s called me all these ridiculous things. That’s just how he combats it,” Cuban said during an appearance on Fox Business Network’’s “Cavuto Coast to Coast” on Wednesday.

Cuban said that Trump’s attacks have been boosted by years of Clinton scandals — and said Trump had simply done a good job making his national campaign about “anybody but Hillary.”

“I think he looked at how the Republicans treated Hillary — ‘she’s a criminal, she’s a liar,’ whatever else you want to call her, every name in the book,” and went with it in his own way, Cuban said of Trump’s attacks.

In the interview, Cuban goes on to discuss his dislike of Texas Sen. Ted Cruz, and talks about how he remains an undecided voter before making a prediction on how the campaign may play out.

“If Hillary stays Hillary, I think it really hurts her and helps Donald.”

Previously, Cuban had praised Trump’s unorthodox campaign, in July of 2015 noting that Trump had “changed the game.”

“Up until Trump announced his candidacy the conventional wisdom was that you had to be a professional politician in order to run,” Cuban said on social media. “You had to have a background that was politically scrubbed. In other words, smart people who didn’t live perfect lives could never run. Smart people who didn’t want their families put under the media spotlight wouldn’t run. The Donald is changing all of that. He has changed the game and for that he deserves a lot of credit.”

“Now maybe we will accept candidates warts and all and look at what they can do rather than what headlines they create. Congrats Donald,” Cuban concluded.