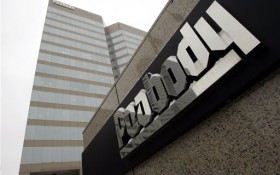 Peabody Energy, the nation’s largest coal miner, filed for bankruptcy protection Wednesday as a crosscurrent of environmental, technological and economic changes wreak havoc across the industry.

Mines and offices at Peabody, a company founded in 1833 by 24-year-old Francis S. Peabody, will continue to operate as it moves through the bankruptcy process. However, Peabody’s planned sale of its New Mexico and Colorado assets were terminated after the buyer was unable to complete the deal.

The bankruptcy filing comes less than three months after another from Arch Coal, the country’s second-largest miner, which followed bankruptcy filings from Alpha Natural Resources, Patriot Coal and Walter Energy.

New energy technology and tightening environmental regulations have throttled the industry and led to a wave of mine closures and job cuts. Peabody makes most of its money by selling its coal to major utilities that power the nation’s electric grid.

Coal still powers about a third of the U.S. electrical grid, despite the rapid succession of bankruptcies.

“One hundred years from now, will people say this was the beginning of the end of coal?” asked Anthony Sabino, a professor at St. John’s University’s Peter J. Tobin College of Business and a bankruptcy expert. “Maybe. But are they going to say that five years from now, 10 years from now? I don’t think so.”

The financial well-being of Peabody, whose stock has been halved in just the last year, has been in decline since 011, said James Gellert, CEO of Rapid Ratings International, a New York firm that evaluates default risks.

“This one was pretty obvious to see coming for a while,” Gellert said.

Coal demand has tumbled and the effects have been devastating in coal mining communities from West Virginia to Montana. Slowing economic growth globally has added to the pressures.

“We will seek an in-court solution to Peabody’s substantial debt burden amid a historically challenged industry backdrop,” said CEO Glenn Kellow. “This process enables us to strengthen liquidity and reduce debt, build upon the significant operational achievements we’ve made in recent years and lay the foundation for long-term stability and success in the future.”

The St. Louis miner filed for Chapter 11 bankruptcy protection in the United States Bankruptcy Court for the Eastern District of Missouri and has obtained $800 million in debtor-in-possession financing facilities. They include a $500 million term loan, a $200 million bonding accommodation facility and a cash-collateralized $100 million letter of credit facility.

There are growing concerns about the ability of financially-troubled coal companies can cover the cost of pushing dirt back in mines that might close. Peabody has more than $1 billion in self-bonding obligations in five top coal-mining states: Wyoming, Illinois, Indiana, Colorado and New Mexico.

Self-bonding allows coal companies to avoid paying reclamation costs up front through conventional bond. Interior Secretary Sally Jewell is among those who have expressed worry that self-bonding could leave taxpayers on the hook for billions in coal mine cleanup costs.

Peabody spokeswoman Beth Sutton said the bankruptcy filing does not change the company’s commitment to its reclamation obligations.

“We see our land restoration as an essential part of the mining process, take great pride in the work that we do and have been routinely recognized for these programs,” Sutton said in a statement.

Peabody also has contributed more than $250 million in the past five years to the Abandoned Mine Land funds to pay for the restoration of lands mined by other companies, Sutton said.

There were warnings last month that Peabody had run into funding issues.

It delayed interest-rate payments on a pair of loans and said it might not be able to continue operations without some intervention.

The company was founded in Chicago and moved to downtown St. Louis in 1957. Peabody had about 7,600 employees at the end of last year and has ownership stakes in 26 mines in the U.S. and Australia. Its U.S. mines are in Arizona, Colorado, Illinois, Indiana, New Mexico and Wyoming.

Coal companies like Peabody “are looking at the future and saying we need to be better positioned for it if we can survive it at all,” Gellert said. “So bankruptcy is not a surprise … that they would want to kind of reset the clock.”