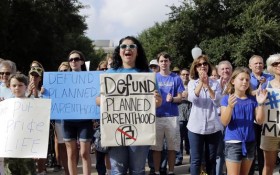 A Congressional hearing starts today that aims to get to the bottom of a serious question that has dogged Planned Parenthood for months.

Is the organization making money selling tissue from aborted fetuses?

But surprisingly absent at the House Judiciary Committee hearing? Planned Parenthood itself, which has refused to testify.

Clandestinely recorded videos recorded earlier this summer show that Planned Parenthood “violates various federal laws” on the sale of fetal tissue, and research on the tissue should be banned outright,  according to testimony that James Bopp Jr., general counsel for National Right to Life, is preparing to submit.

Bopp said comments in the videos by Planned Parenthood officials show they were not limiting their fees for fetal tissue to covering their own expenses, as the law allows. They are “instead trying to make money off of human fetal tissue,” he said.

Also testifying today are two women who say they survived failed abortions as newborns. Their appearance underscores how the GOP is eager to use questions about fetal tissue research to personalize the broader political dispute over abortion.

“If abortion is about women’s rights, then what were mine?” said Gianna Jessen, who says she was born alive after a failed 1977 abortion in Los Angeles and has been a high-profile campaigner against the procedure.

Three other congressional committees are also investigating Planned Parenthood, but have yet to hold hearings.