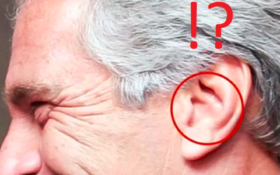 Jeffrey Epstein’s reported suicide Saturday morning in a federal jail launched a whrilwind of conspiracy theories online in a saga that has provided fodder for them for years, fueled by Epstein’s ties to princes, politicians and other famous and powerful people.

Online theorists Saturday quickly offered that Epstein’s death while on suicide watch was murder — or even faked.

“There’s no way that man could have killed himself,” one ex-convict told The New York Post. “I’ve done too much time in those units. It’s an impossibility.”

Epstein’s July 6 arrest on allegations that he orchestrated a sex-trafficking ring designed to bring him teenage girls made headlines because of his powerful connections. Some of his accusers have described being sexually abused by the wealthy financier’s well-connected friends and acquaintances.

Epstein, 66, had been denied bail and faced up to 45 years behind bars on federal sex trafficking and conspiracy charges unsealed last month. He had pleaded not guilty and was awaiting trial next year.

His relationships with former President Bill Clinton, former Senate Majority Leader George Mitchell, D-M.E., and Britain’s Prince Andrew were at the center of those online whispers, many of which question what politicians knew about Epstein’s alleged sex crimes.

Others theories, however, have been debunked.

For example, a manipulated photo, shared by thousands on Twitter and Facebook, falsely claimed to show Epstein with President Donald Trump and a young Ivanka Trump, the president’s daughter.

Both Clinton and Trump have denied being privy to Epstein’s alleged scheme.

Clinton spokesman Angel Ureña said that in 2002 and 2003, Clinton took four trips on Epstein’s plane with multiple stops and that staff and his Secret Service detail traveled on every leg, a claim that is false.

The Horn News reported in 2016 that Clinton had taken up to 22 flights on the plane, and one former secret service agent revealed later that the former president frequently left his secret service detail behind.

Trump has acknowledged knowing Epstein but said he “had a falling out with him a long time ago.” Epstein had been banned from Trump’s Mar-Lar-Go resort for inappropriate behavior years ago.

Other Epstein theories floating online have been darker, especially after Epstein was found injured on the floor of his cell last month with bruises on his neck. Some online commentators described it as a “murder attempt.”

One conspiracy theory even suggested that Epstein was moved, and wasn’t actually killed.

I know camera angles, age difference etc. I'm just asking if his ear looks the same to you in both photos. Also, why would you say cardiac arrest in the call to get an ambulance if it really was a hanging. https://t.co/Ac6dW3ysH3 pic.twitter.com/vnktQkGhl4

Hours after Epstein’s death Saturday, as the hashtag #EpsteinMurder was trending worldwide on Twitter, the president joined Twitter speculation around Epstein’s death while under the federal government’s watch.

Died of SUICIDE on 24/7 SUICIDE WATCH ? Yeah right! How does that happen#JefferyEpstein had information on Bill Clinton & now he’s dead

I see #TrumpBodyCount trending but we know who did this!

Other politicians also took to social media to question the circumstances.

Sen. Rick Scott, R-F.L., the state where some of Epstein’s alleged sexual abuse crimes took place, suggested the possibility that others might have been involved in Epstein’s death when he called on corrections officials to explain what happened at the Metropolitan Correctional Center in Manhattan.

“The Federal Bureau of Prisons must provide answers on what systemic failures of the MCC Manhattan or criminal acts allowed this coward to deny justice to his victims,” he tweeted.

What does the word watch mean in the phrase suicide
Watch? Who was watching? What does camera show? It is inconceivable Epstein could have hung himself if there was a suicide Watch? Follow the motives.

The FBI and the Department of Justice’s Office of the Inspector General will investigate the circumstances surrounding Epstein’s death, Attorney General William Barr said.

“Mr. Epstein’s death raises serious questions that must be answered,” Barr said in a news release.

Epstein’s suicide should have been recorded by jail cameras, according to Preet Bharara, the former federal prosecutor in Manhattan.

“One hopes it is complete, conclusive, and secured,” he said.

However, sources told The New York Post that the cameras weren’t facing Epstein’s cell, and that no footage of the reported suicide exists.

“Although there are cameras in the 9 South wing where the convicted pedophile was being held at the Metropolitan Correctional Center, they are trained on the areas outside the cells and not inside, according to sources familiar with the setup there,” The Post reported Sunday.

It’s “very difficult to understand how something like this could have happened,” New York Attorney General Letitia James said.

“Epstein was housed alone in a cell — just two weeks after being taken off suicide watch, following a July incident in which he’d allegedly attempted self-harm,” Vanity Fair reported. “This was evidently against normal procedure for the facility, as was the absence of guards performing regular checks on Epstein’s health.”

Epstein’s arrest last month launched separate investigations into how authorities handled his case initially when similar charges were first brought against him in Florida more than a decade ago. U.S. Labor Secretary Alexander Acosta resigned last month after coming under fire for overseeing that deal when he was U.S. attorney in Miami.

Epstein’s lawyers maintained that the new charges in New York were covered by the 2008 plea deal and that Epstein hadn’t had any illicit contact with underage girls since serving his 13-month sentence in Florida.

Did Epstein commit suicide — or did something else happen?

Did Jeffery Epstein take his own life?