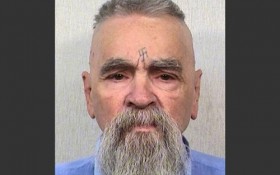 Investigators have interviewed Charles Manson about the woman and are now trying to track down a man known as either “John,” or the name’s French pronunciation, “Jean,” said Detective Luis Rivera.

The Manson interview, which took place a few months ago, turned up no new information, Rivera said.

In December, police used DNA to identify the woman as 19-year-old Reet Jurvetson of Montreal. Her identity had gone unknown for 46 years and she had become known as Jane Doe No. 59 until her sister recognized a photo of the young woman’s body posted online.

People magazine was first to report that Jane Doe No. 59 had been identified as Jurvetson.

Though detectives haven’t found any concrete link between Jurvetson’s murder and the Manson family killings, they can’t rule it out either, Rivera said, pointing how she was killed, where she was found, and the timeframe.

“We don’t rule anything out,” Rivera said. “Everything is on the table until proven otherwise.”

Jurvetson’s body was found Nov. 16, 1969, by a birdwatcher in dense brush off the iconic Mulholland Drive. She didn’t have identification.

Her body was about 6 miles from the site of the most notorious Manson family killings, that of pregnant actress Sharon Tate, the wife of director Roman Polanski.

Tate was killed in her home, along with four others, on Aug. 9, 1969, three months before Jurvetson’s killing. All but one of the victims had been stabbed to death.

Rivera said the best lead detectives have is a man named “John” or “Jean,” whom Jurvetson met in Toronto before flying to Los Angeles to see him the summer of 1969.

“The challenge is the fact that we have people that might know but are no longer around or have forgotten,” Rivera said. “The longer you wait the more things decay.”

Jurvetson’s sister, Anne Jurvetson, said in a statement released through police that her free-spirited and naive sister went to Los Angeles after meeting and becoming smitten with “John.”

Anne Jurvetson, 73, said her sister sent her family a postcard saying she had found an apartment and was happy but that they never heard from her again after that. Her parents never reported her missing because “they thought that she was just living her life somewhere,” Anne Jurvetson said.

Eventually, she said she came to realize that her sister was probably dead.

“After all these years, we are faced with hard facts,” she said. “My little sister was savagely killed. … I am horrified to think of how terribly frightened and alone she must have felt as she died.”