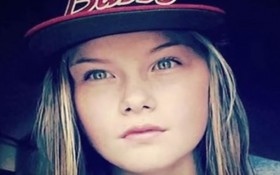 And we thought the television shows teens were watching were too violent.

A 15-year-old girl from Denmark said she was inspired by ISIS videos and one of the terror group’s sympathizers to brutally murder her mother with a kitchen knife last October.

Before the murder, prosecutors said Lisa Borch had spent hours watching ISIS fighters behead hostages on YouTube. Then Borch, with the help of her boyfriend Bakhtiar Mohammed Abdulla, stabbed her mother, Tina Holtegaard, approximately 20 times in her bed at their home in Kvissel, Denmark.

Abdulla, 29, was an Islamic extremist refugee with ISIS sympathies who had been taken in by Denmark. Together, Borch and Abdulla plotted and executed the murder, with plans to flee to Syria and join ISIS.

Borch’s mother had been trying to get the teen to stop seeing the much older Abdulla and “live the life of a normal teenager”, according to the UK Daily.