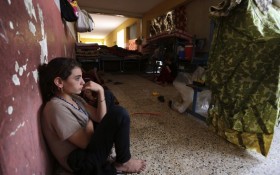 In a stunning new ruling issued by Islamic State terrorists, the group proves it has no interest in outlawing the widespread rape of women.

It just wants to make the process a little more orderly.

The “fatwa,” according to Reuters, was uncovered by U.S. Special Forces and is meant to set rules on who is allowed to sexually assault female sex slaves captured by ISIS.

The fatwa also states that ISIS members are not allowed to “sell” their slaves after they become impregnated.

A report from Human Rights Watch found that ISIS has carried out “a system of organized rape and sexual assault, sexual slavery, and forced marriage.” And several women who have escaped from ISIS have described brutal conditions.

To read a translation of the fatwa in its sickening entirety, click here.