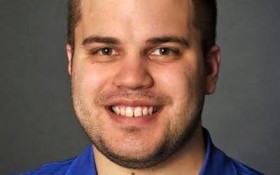 It was a little less Cold Case, and a little more “Dennis the Menace.” An intrepid newspaper reporter found two missing boys after he was sent to cover their disappearance in central Pennsylvania — it turns out they were just skipping school.

Centre Daily Times reporter Shawn Annarelli says the brothers, age 7 and 9, were supposed to board a bus to their charter school Tuesday morning but didn’t.

State College police posted their picture on Twitter about an hour later and Annarelli began poking around in some bushes near a playground after he heard some noise.

He found the boys hiding under a blueberry bush about 90 minutes into the search, and called 911 after hearing one of the boys say, “They found us.”