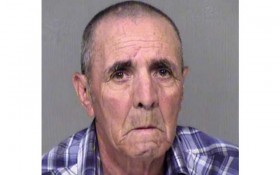 Perhaps we should just stick with “illegals.” Because many of them continue to find new and shocking ways to break the law.

Rene Ortiz Quintana was recently busted in Phoenix after stealing nearly $30,000 from taxpayers in government benefits — by posing as a U.S. veteran in the country that wasn’t his, according to police.

Police reported Thursday that Quintana had been living illegally in the United States for approximately 50 years, and that in October 2012 he stole the identity of a deceased veteran, Ruben J. Gallardo, who passed away in 1994. This story was first reported by ABC15’s Joe Enea Thursday.

“Under that name, police say, he got an Arizona identification card, a state health card, a Phoenix health plan card and a VA choice card. The VA choice card was given to veterans in response to long delays in getting medical care from VA hospitals. It allows veterans to get medical care at Non-VA facilities,” Enea reported.

Enea reports that Quintana has been charged with fraudulent schemes, theft and seven counts of identity theft along with six counts of forgery.