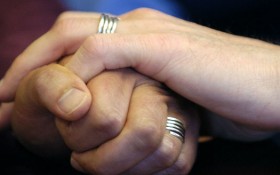 A historic Philadelphia tavern was offering some Leap Day incentives to women looking to settle down.

KYW-TV reports McGillin’s Olde Ale House was trotting out a Leap Day tradition encouraging women to propose to men. According to Irish folklore, February 29 was the one day of the year where women could pop the question to men. Legend has it that St. Brigid had complained to St. Patrick about how unfair it was for women to wait for men to propose, and they brokered the Leap Day deal.

McGillin’s was offering $100 gift cards to the first five women who proposed to their man at the bar on Monday.

Owner Christopher Mullins says they decided to embrace the legend and the day.

The only catch? The man had to say “yes.”