A Pacific gray whale put on a show at Southern California’s Redondo Beach, popping its huge head out of the waves and rolling around in the surf.

The Daily Breeze newspaper recorded video Wednesday as the juvenile whale spouted water and scratched itself in the sand just feet from the city’s beach and pier. Dozens of onlookers watched in wonder and many snapped photos.

Alisa Schulman-Janiger, director of the American Cetacean Society, tells the newspaper that the yearling was probably making its first annual migration without its mother. Gray whales commonly migrate this time of year from feeding grounds in Alaska to Baja California lagoons, where adults mate and give birth in the warm waters.

An annual census has documented more than 1,420 grays passing by since December. 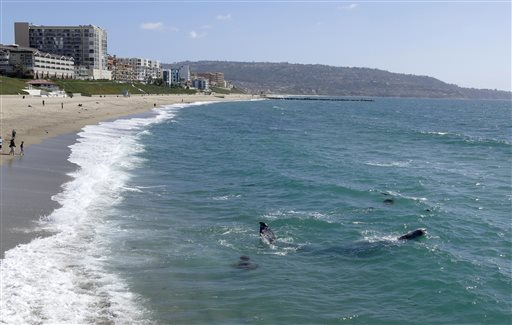 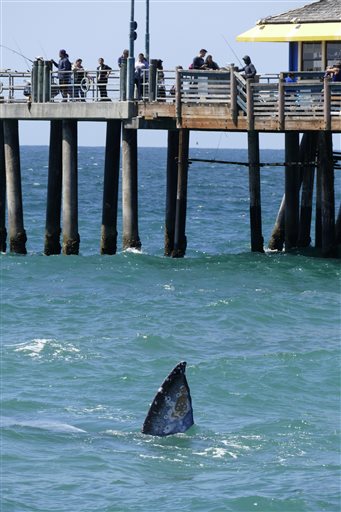 In this March 30, 2016 photo, pedestrians watch a whale swim at the Redondo Beach Pier in Redondo Beach, Calif. (Brad Graverson/The Daily Breeze via AP) MAGS OUT; NO SALES; MANDATORY CREDIT