GOP plots to back Hillary over Trump - The Horn News 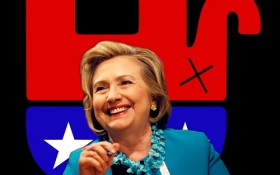 Billionaire Donald Trump claimed three more big wins in the Republican primaries Tuesday night, and with more victories expected next week it appears The Donald is well on his way toward securing the Republican nomination.

And that has some longtime party insiders so worked up, they’re talking of committing political treason. They’re secretly — and in some cases openly — saying they’ll do the unthinkable to stop Trump: Support Hillary Clinton.

“I am shocked by how many Republicans, that have always voted Republican, that have said they’re going to vote for Hillary if it’s Cruz or Trump running against Hillary,” Joe Scarborough, a Republican who served in the House of Representatives, said on “Morning Joe,” his MSNBC talk show. “I’m talking Deep South, Southern Baptist. I asked people who I expect to say yes, Cruz, go, ‘Hell no. Hell no! No. I will never vote for Ted Cruz or Donald Trump. I will vote for Hillary Clinton before those two!'”

It would be one thing if that were just the word coming from MSNBC, a network that serves the left.

But Bret Baier, chief political anchor for Fox News, said he’s also hearing from establishment Republicans who are ready to bite the bullet and vote for Hillary in November.

“Listen, there are Republicans in Washington who are privately saying that (they would vote for Clinton) already,” Baier recently told TheWrap. “Maybe some don’t publicly say it, but I think there are some who are that adamant about it who would.”

This isn’t because they suddenly love Hillary. It’s because the establishment now sees this as a desperate fight for its own survival — one they can only win if Trump loses.

Ben Stein, a former Nixon speechwriter and actor with solid conservative credentials, said he might vote for Clinton or even Vermont Sen. Bernie Sanders over Trump.

Former New Jersey Gov. Christine Todd Whitman, a Republican who served in the Nixon Administration and was head of the Environmental Protection Agency under George W. Bush, is also openly considering Hillary.

“You’ll see a lot of Republicans do that,” Whitman, who has accused Trump of hatemongering and has compared him to Hitler, told the Newark Star-Ledger. “We don’t want to. But I know I won’t vote for Trump.”

So what’s really going on here?

If Trump wins, the Republican establishment that’s spent the past decades getting rich by cutting shady backroom deals with Democrats will get tossed out into the street.

These are people who’ve survived both Democratic and Republican administrations. But if Trump takes over, their careers are toast.

They’ve done the cold calculation and think they’ll do better under Clinton than they would under Trump.

A Trump loss would also mean something else to these people that’s even more important: They believe getting beaten badly at the polls in November would help the moderate establishment wing retake control over the party.

NBC’s Luke Russert said Trump winning the nomination but losing the presidency would “break the fever” of the far right and lead to an establishment nominee in 2020.

Believe or not, there are #GOP on the Hill that want to get destroyed this elex to finally “break the fever” of far right & moderate in ’20

Of course, these same voices said Trump never had a chance to win the nomination in the first place… so what do they know?