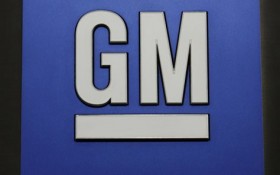 With hopes of speeding development of self-driving cars, General Motors has acquired a small software company that’s been testing vehicles on the streets of San Francisco.

The Detroit automaker says it purchased Cruise Automation, a 40-person firm that was founded just three years ago.

The move, coupled with GM’s in-house research, should help the company in its race with Google and others to have autonomous cars start transporting people on public roadways.

GM wouldn’t give a timetable for rolling out the technology, but President Dan Ammann said it would happen as soon as the company can demonstrate that the cars are ready.

“It’s our view that driverless technology will be demonstrably safer than the human driver,” Ammann said in a telephone interview.

Cruise Automation, along with Google, is among the few companies with permits from the state of California to test the cars, said Kyle Vogt, the company founder and CEO. The company is working to tackle the biggest obstacles to autonomous cars — seeing the lane lines in bad weather and integrating data from cameras and other sensors so the cars make the right decisions on the road, Vogt said. “I agree that’s a challenge,” he said. “Looking at lane markers isn’t going to get you there.”

Cruise reported one crash to the state Department of Motor Vehicles in which an autonomous car rear-ended a city of San Francisco parking enforcement vehicle. Vogt said the car’s backup human driver had taken control of the vehicle when it crashed.

GM wouldn’t disclose the purchase price of deal, which was announced Friday. It said all Cruise Automation employees will join GM and work as a separate unit, and there are plans to hire more people.

It’s GM’s third high-profile venture this year in new mobility. The company has invested $500 million in the ride-sharing company Lyft and it has started a car-sharing service in Ann Arbor, Michigan that it plans to expand to other metro areas.